The all-electric Mini Cooper has been a long time coming. The company’s first step toward electrics began in 2008 with the experimental Mini E, a car that used a powertrain co-developed with an outside company and that had some major compromises. It didn’t have a back seat, there was even less cargo space than a regular Mini and it wasn’t available to purchase, being offered in limited numbers for a short lease. More than a decade later, the 2020 Mini Cooper SE is available for purchase or lease to anyone, and offers the complete Mini experience, with in-house BMW-Mini technology and fewer compromises.

That’s also how Mini is marketing the Cooper SE: The S in the name is there to tell you it’s as much fun to toss around as the grin-inducing Cooper S. The blunted performance from extra weight and limited range might say otherwise, but from behind the wheel, this is a Mini worthy of its S, and not some fun-challenged economy-mobile.

The powertrain uses the same electric motor you’ll find in a BMW i3. It makes 181 horsepower and 199 pound-feet of torque, which is just 8 hp and 8 lb-ft less than the gas Cooper S. Weight is an issue for performance numbers, since the 3,153 lbs SE lugs around an extra 453 lbs compared with its gas sibling. That reduces its 0-60 mph time from 6.5 seconds to 6.9, and its top speed also drops to just 93 mph as a function of its single-speed transmission.

But a half-second to 60 mph is less significant from behind the wheel. Simply put, the Mini Cooper SE feels sprightly. It has the electric motor trademark of instant throttle response, which is amplified by the more aggressive throttle setting in Sport mode. The other trademark is a big lump of torque, though not quite as much as the tire-torching Chevy Bolt EV or Hyundai Kona Electric. These characteristics make the Mini fun for squirting around town and for making passes on the highway. Power starts falling off if you keep your foot down, so on-ramps aren’t as thrilling as the longer-legged gas Minis. Also impressive are the regenerative braking modes. The Cooper SE has a mild mode and an aggressive one, with the former feeling a bit like the engine braking in a manual-equipped gas car, and the heavy one making it easy to drive with one pedal.

The extra weight doesn’t hinder handling. In fact, there may be some incremental improvements, as the electric Mini has a 50/50 front/rear weight distribution, better than the front biased gas Minis. It even has a center of gravity that’s 10% lower. On the city roads and freeways we were on, the difference is minimal, with the SE providing the same fun Mini handling we’ve experienced on other examples. The steering is quick and well-weighted, if a bit numb. The drive modes change the weight of the steering to be heavier in Sport mode, but not by much.

Body roll is minimal, and the whole car reacts immediately and confidently to inputs. The ride is also typical Mini: stiff, but not harsh. Sadly, Mini chose to unleash the SE on the tame roads of Miami, leaving us wondering how the SE stacks up on the sort of twisty roads that gas Minis thrive on. 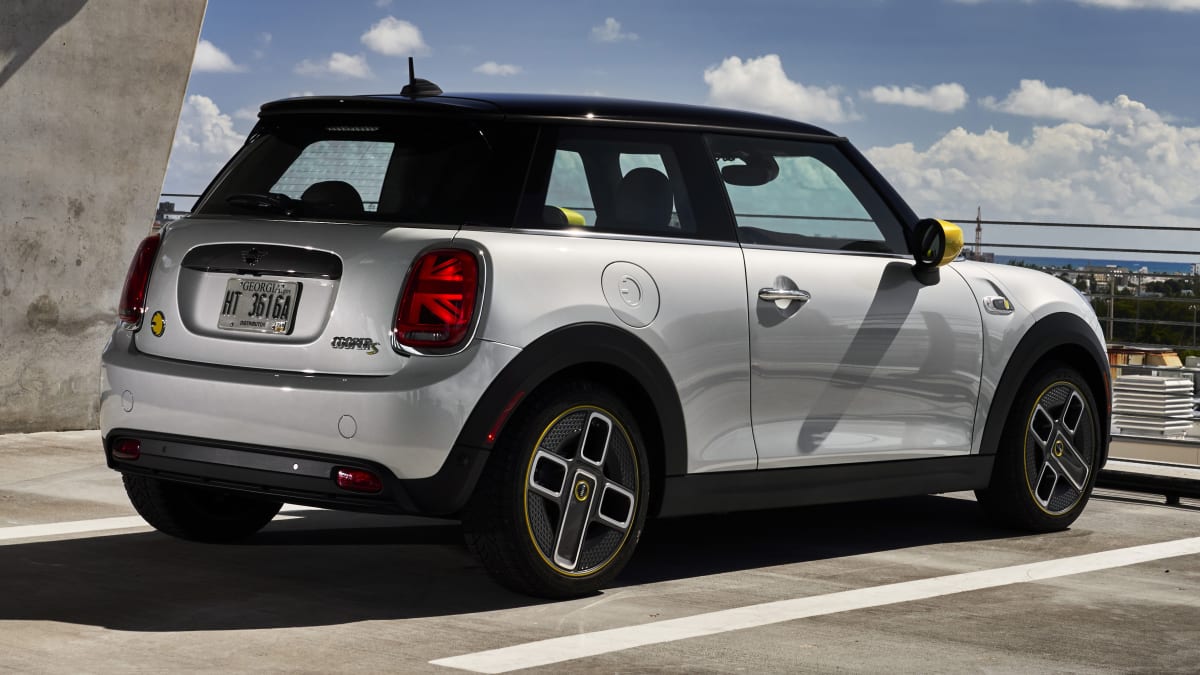 Yet, even if we drove it elsewhere, the Mini’s limited range would’ve made an extended backroads tour difficult. The Cooper SE has a 32.6-kWh battery pack, of which 28.9 is usable for actual driving while the remainder is inaccessible to the driver. This strategy helps extend the battery’s life by preventing it from being damaged by overcharging or excessive discharging, with the drawback of a reduced usable range: BMW figures the U.S.-market SE will get just 110 miles on a charge. That’s less than similarly priced electric cars such as the Volkswagen e-Golf and Nissan Leaf, both of which have slightly larger batteries, less horsepower, and ranges of 125 miles and 150 miles, respectively. Of course, both also have more interior space and the convenience of two more doors, and neither has the performance focus of the Mini SE.

The SE actually has a slightly shorter range capacity than the old Mini E, which had a 35-kWh unit and an estimated range of 150 miles. To help with the shorter range, Mini does include DC fast charging capability as standard, which supports charging stations up to 50 kW. Charging from such a station will take 35 minutes to reach 80% and about 1.5 hours for 100%. Another upside of not having a bigger battery is that the Cooper SE has exactly the same amount of interior space as the gas cars do. Instead of intruding on cargo or rear seat room, the battery pack is arranged in a T-formation and placed in the center tunnel and under the rear seats, leaving you with the exact same space for people and cargo as a gas model. Of course, that’s still not a lot of space, but hey, it could be worse. 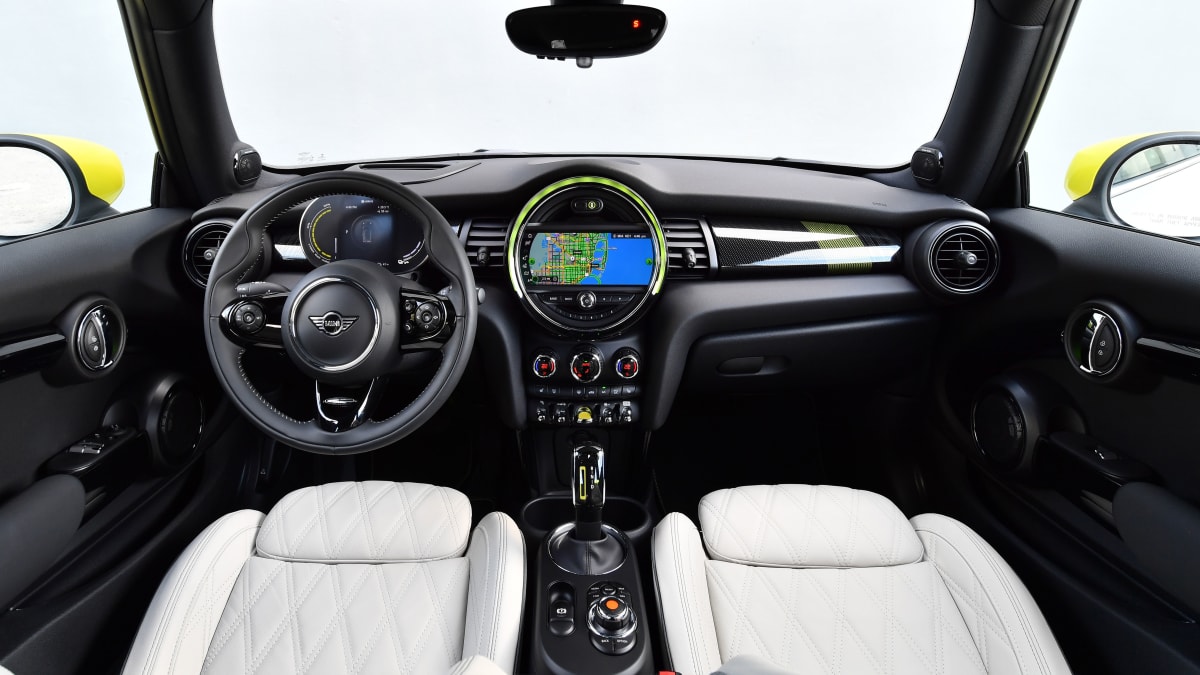 As always, plenty of seat and steering wheel adjustments mean that despite the Cooper’s diminutive size, occupants up front won’t feel cramped. You can sit high or low, close or far, and have great visibility, loads of headroom and solid leg room. People with longer legs might find their knees rubbing against the center stack, but you can also sit a bit further back in the SE (or any automatic-equipped Cooper) when there is no clutch pedal to operate.

Besides the interior’s comfort and capacity, its design will be familiar to anyone who has spent time in a Mini. There’s the central screen in a circular surround, easy-to-use climate knobs and a row of toggle switches for various vehicle settings. It’s stylish, which helps distract from some low-rent plastics. Yet, the Cooper SE does get some unique elements. There are fluorescent yellow accents to match Mini’s electric badge, and most notably a unique, oval-shaped instrument panel that replaces the traditional gauge pack. A central screen showing speed and various infotainment elements is bordered on the left is a power gauge that uses a physical needle behind the screen face and on the right by a simple battery capacity gauge. It’s an attractive design and easy to read, but the screen and other details are easily washed out in bright sunlight. It’s especially frustrating when you see that the infotainment display has no such issues. 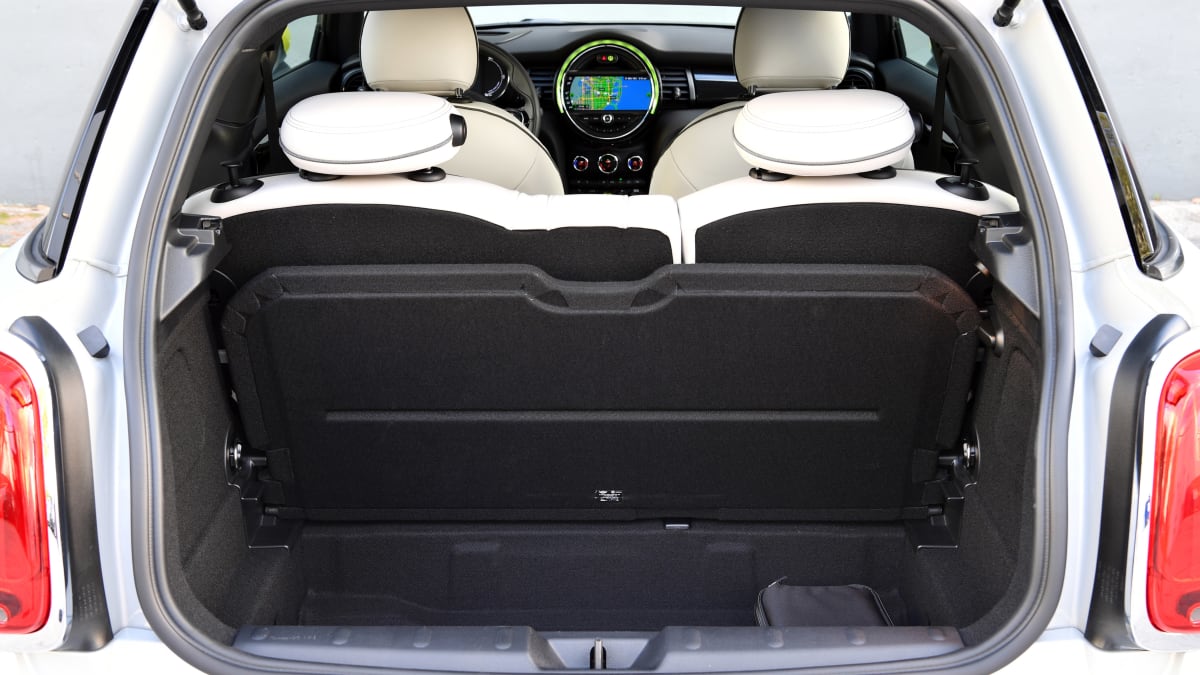 Now, if there’s one other area where the Mini Cooper SE proves you hardly sacrifice a thing compared to a gas Mini, it’s the pricing and features. The base price for the electric hatch is $30,750 before any tax incentives. If you apply the bare minimum of the $7,500 federal EV tax credit (individual states add more), that price dips to $23,250. That’s $1,000 less than a base Mini Cooper hardtop and $5,000 less than a base Cooper S. Better yet, it also comes standard with several features that don’t come on base Mini Cooper or Mini Cooper S, including navigation, heated seats, dual-zone automatic climate control, heated mirrors and washers, automatic windshield wipers and remote climate control to bring the interior to temperature before driving. In fact, many of these features would require moving up to a more expensive trim level for the regular Mini Cooper ($27,250) and Cooper S ($31,750), making the price gap even bigger.

If you want even more features, the Cooper SE in Signature Plus trim adds a panoramic sunroof, larger 17-inch alloy wheels, power-folding and auto-dimming mirrors, rear parking sensors and an upgraded sound system for $34,750, or $27,250 with the federal tax credit. The range-topping, $37,750 Iconic trim adds a Mini Yours steering wheel, an extra wheel and color choice, front and rear parking assist, head-up display, a larger 8.8-inch infotainment display and wireless phone charging. With the federal tax credit, it rings in at $30,250.

Provided that you can live with the Mini Cooper SE’s relatively limited range, it’s a thoroughly appealing car. It has one of the most powerful electric powertrains you can get for the money, and its as fun to drive as any other Mini – which is a lot. It even has classically appealing styling in a segment where offerings are strange, drab, or worse. It even offers plenty of great comfort and convenience features for an attractive price. Not only is this a thoroughly appealing electric city car, it’s arguably the best Mini Cooper hardtop value you can get. 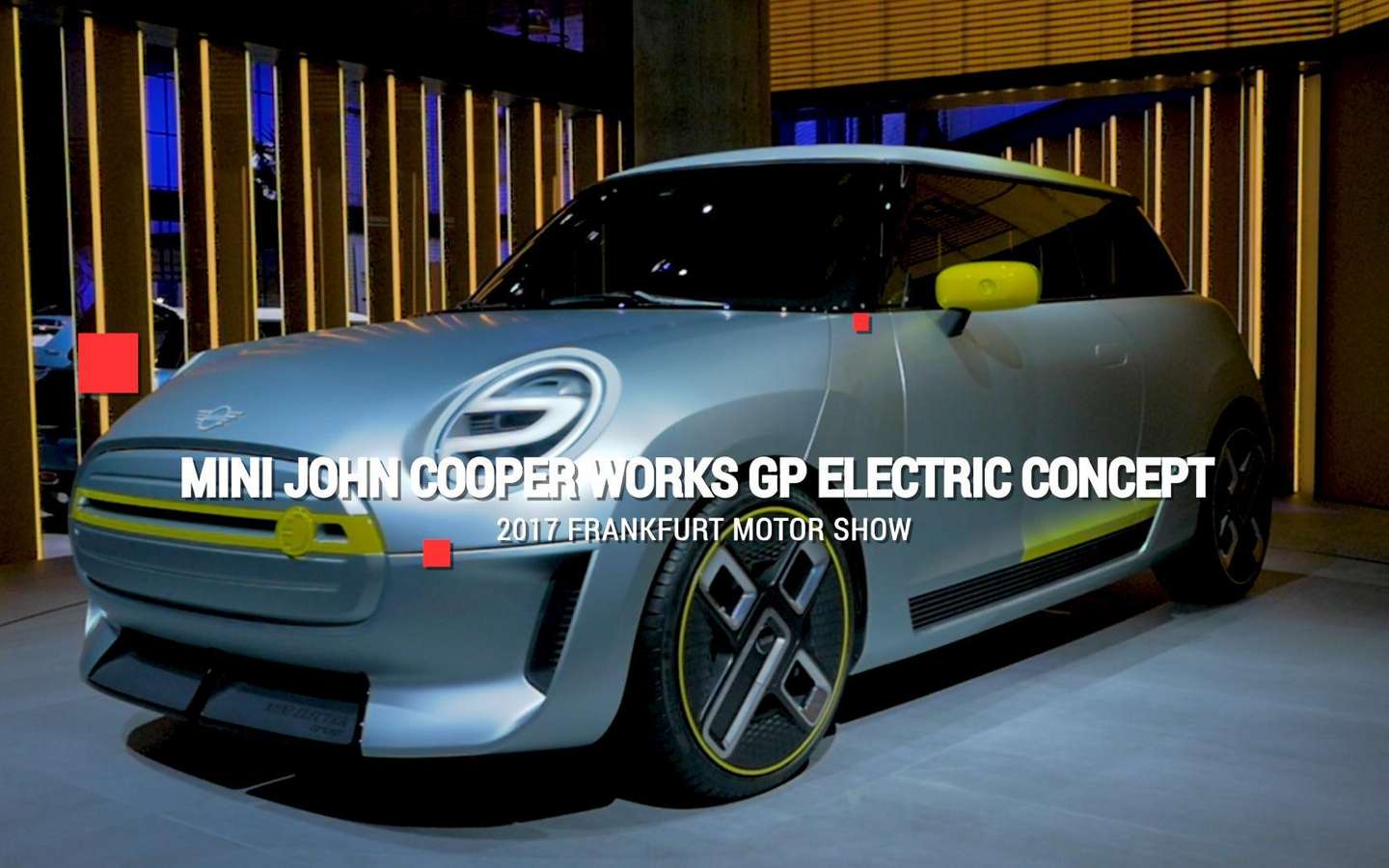