The Fiat 128 pioneered the use (in a production car made in large quantity) of the transverse-mount, front-wheel-drive powertrain arrangement with side-mounted transmission and unequal-length axle shafts that we now see in nearly every front-wheel-drive vehicle sold today (the BMC Mini, while even more innovative for its time, had the transmission in the engine sump), and Fiat sold this car by the millions around the world. All this makes the 128 one of the most historically significant vehicles I could ever hope to find in a modern U-Wrench-It wrecking yard, but this car all but disappeared from North America more than 30 years ago. I found a ’76 two-door in California in 2018, a ’78 Rally and ’76 four-door in 2010, and a 128 3P in 2009. That’s it — and I look hard for 128s when I visit car graveyards. Finally, this ’79 128 Custom appeared in a Denver yard, and I nearly sprained my neck doing a double-take when I spotted it between a pair of quotidian 2000s Japanese sedans.

Right around the time of Apollo 17, my parents fled -25 degree F temperatures in Minneapolis to move to the San Francisco Bay Area (quitting their jobs and selling the house in a snap decision while I was on Christmas vacation from first grade). They sold off the rusty three-on-the-floor ’67 Ford Custom and the even-more-rusty ’69 Opel Kadett wagon, bought a new 1973 Chevy Sportsman Beauville van, and headed west. The van hit a patch of black ice near Battle Mountain Nevada and flipped over; no serious injuries resulted to the human cargo, but the van needed months of repairs to get back online. My parents were short on cash and needed commute wheels for their new California jobs right away, so they bought two brand-new 1973 Fiat 128 four-door sedans, one yellow and one green. 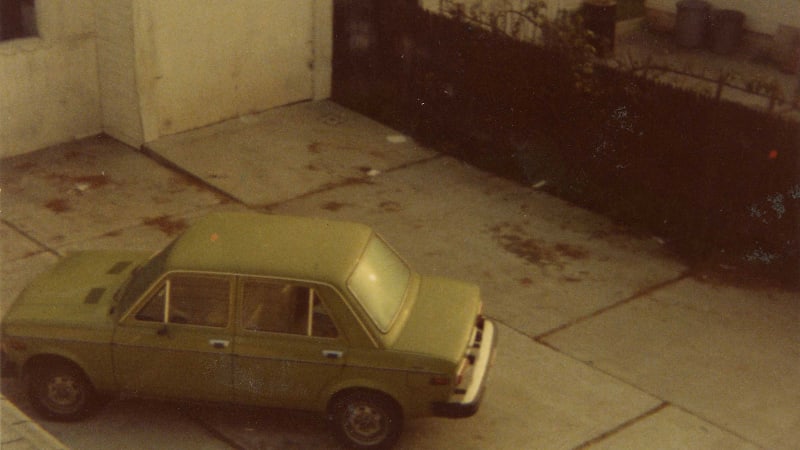 The yellow 128 proved to be astonishingly unreliable and got sold within a few years, while the green one managed to stay with the family until 1978 or so. I loved the engine noise those Fiats made going through the gears, though (the 128 was quite pokey but sounded like a Ferrari to a kid’s ears), and that early influence led me to all sorts of poor automotive decisions later on. Why did my parents choose the 128 when shopping for two cheap cars right now? The answer is simple: price! In January of 1973, the MSRP on a new 128 was just $2,299 (about $13,870 in 2020 dollars), making it cheaper than everything but the $2,250 Honda Civic, the $2,018 Plymouth Cricket, and the $1,985 Austin America. In hindsight, the Civic was the far superior deal, but nobody realized that at a time when Honda was known by Americans for motorcycles and a hilariously tiny motorcycle-engined car. 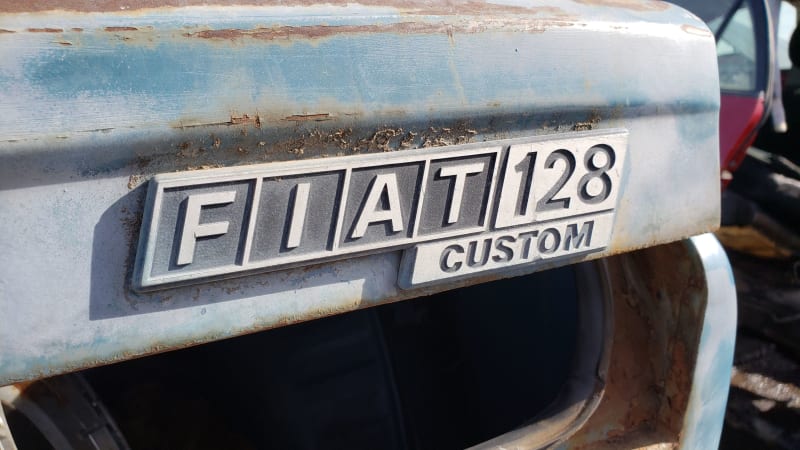 128s sold in sufficient numbers in North America that you’d see them regularly through the 1970s and into the middle 1980s, but the car never really caught on here. The last model year for the U.S.-market 128 was 1979. Elsewhere in the world, the 128 sold like crazy, with production taking place on four continents and continuing through 2009 (in Egypt, as the Nasr 128). The Yugo GV had quite a bit of 128 DNA, as did the Fiat/Bertone X1/9, so it was possible for Americans to buy at least a piece of a 128 into the early 1990s. 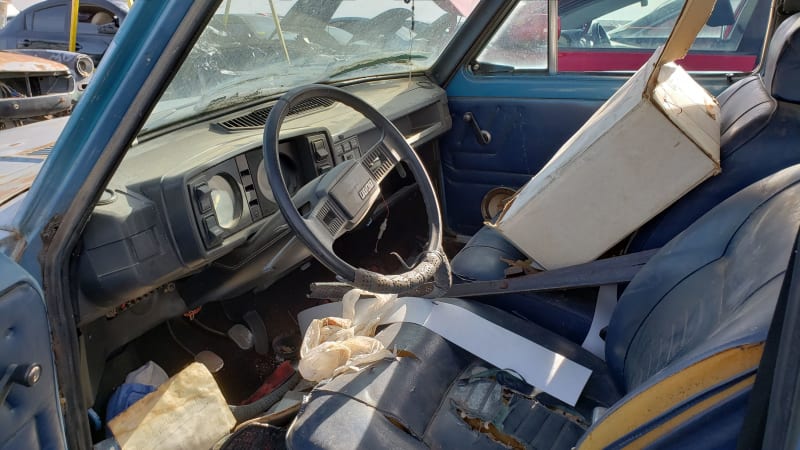 This one sat outdoors on the Colorado High Plains for years, maybe decades, and the interior looks like something from an atomic-bomb test in the Nevada desert. There aren’t many fans of vintage Fiats in the Denver area (as I learned when hardly anybody showed up to buy one of 75 priced-to-move cool Italian cars here last summer), so very few parts were pulled off this ’79 prior to its final moments in The Crusher. 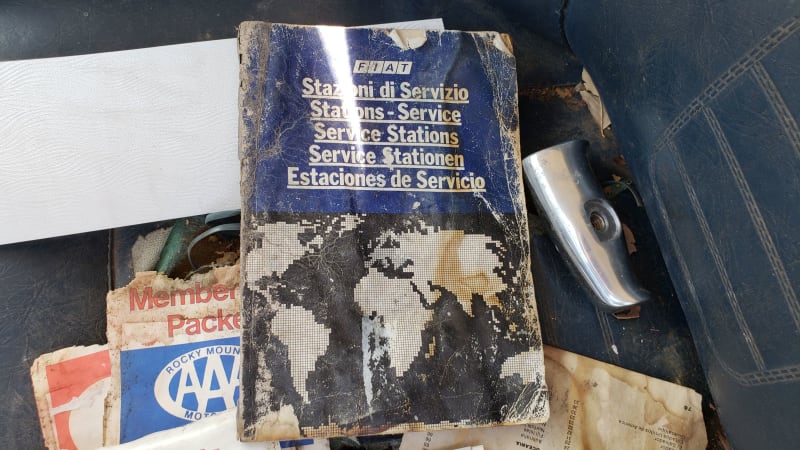 The original manuals and some early-80s-vintage maps were still inside, so I think there’s a good chance that this car got parked in a field or back yard when it was just a few years old and allowed to deteriorate for the next 35 years. The odometer shows just under 80,000 miles. 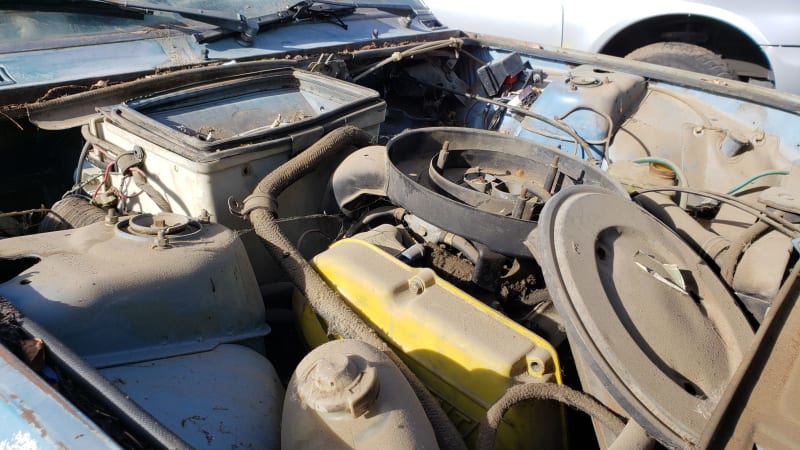 62 horsepower from this SOHC 1.3-liter four-banger. The car weighed only 1,930 pounds, though, which is about 500 fewer pounds than a new Yaris. 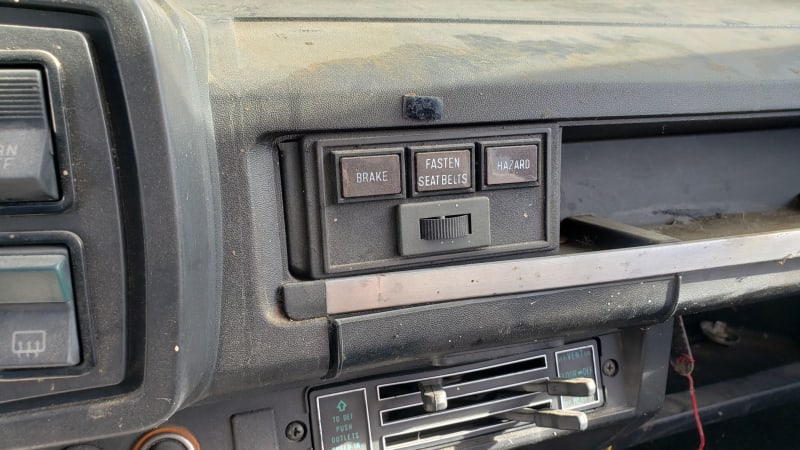 The Ferrari 308 used the same warning lights as this car, so there’s a connection.

Speaking of Ferrari, Enzo himself pitched the 128 in late-1960s television ads. I find it hard to believe that a man with Enzo Ferrari’s daily-driver options would have settled for a proletariat-grade 128 as his personal car, but perhaps the 50% stake in Ferrari that Fiat bought in 1969 had something to do with his willingness to accept that claim in this commercial.

In 1975, the 128 had more legroom for front-seat passengers than the Imperial LeBaron, Cadillac Eldorado, and Lincoln Continental. Science proved that the 128 was more luxurious than those land yachts!