OMAN, Persian Gulf — The last time I got an Aston Martin this filthy was 5 years ago in dusty Anza-Borrego, California, where I ripped several illicit burnouts in a low-slung V12 Vantage S. This time around is dramatically different: Chief Engineer Matt Becker, seated alongside me, is actually egging me on to powerslide an Aston Martin DBX across an off-road trail in Oman — the first time I’ve ever been encouraged by Aston brass to hoon one of their vehicles, let alone a priceless prototype, in the dirt.

You wouldn’t expect Becker, who spent 26 years at Lotus, to be an SUV guy. But the hardcore chassis and handling guru says the DBX project gave him a new respect for the genre because sport utes need to do far more than just go around a track quickly: They’re required to tow, support weight on their roofs, and manage all manner of terrain, all while creating a comfortable living space for their passengers.

“Once you push them and understand what they can do off-road, on-road, on-track,” he tells me while I’m tackling a rock-strewn trail at highway speeds, “you really start to respect what they’re capable of.”

Building the DBX will also show us what Aston Martin is capable of — capable of surviving, that is. The new decade is shaping up to be the most challenging yet for the storied carmaker, so bringing a viable sport utility vehicle to market is essential. And though weathering severe business headwinds seems to be an ongoing pastime for Aston Martin, the brand’s first-ever crossover gets a rather ambitious hardware package. The DBX’s bonded aluminum chassis is entirely unique to the model, as is the brand’s first-ever air suspension system. While there’s no V12 available in the DBX — that honor remains reserved for Rolls-Royce’s almighty $325,000 Cullinan — the AMG-sourced, 4.0-liter twin turbo V8, while similar to the mill found in the DB11 and Vantage, has also been coaxed to produce more power: 542 horsepower and 516 pound-feet of torque, capable of launching it to 60 miles per hour in 4.3 seconds and a top speed of 181 mph. 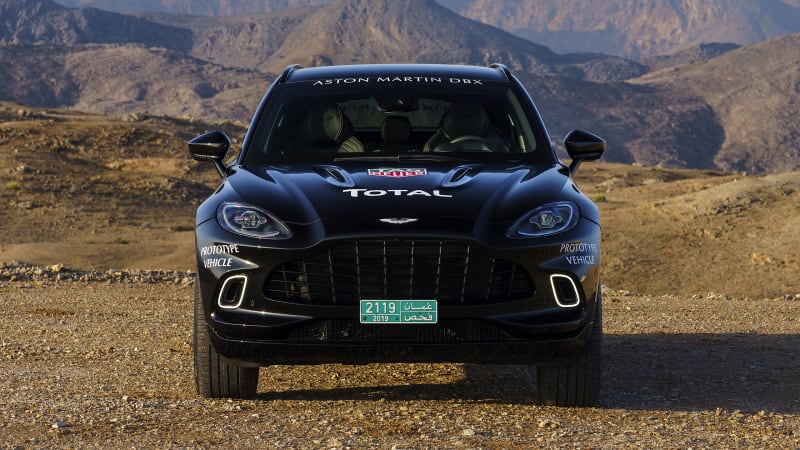 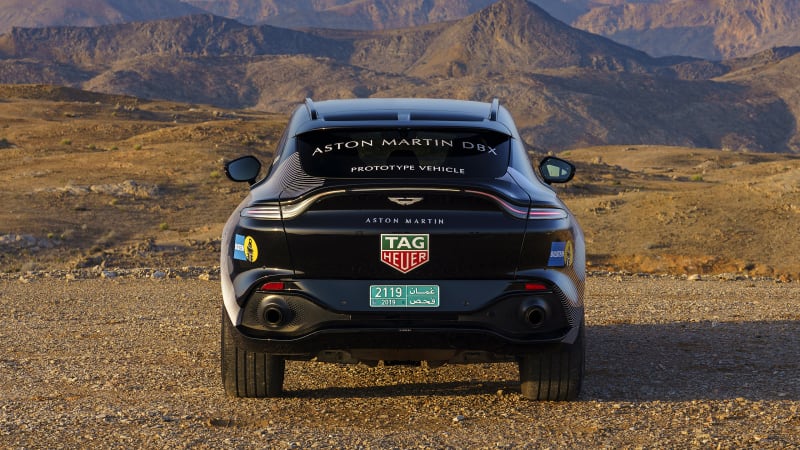 But building Aston’s first-ever SUV from the ground up enabled unique packaging opportunities in addition to the specific hardware. For instance, market research revealed female drivers were often frustrated because most cars don’t have a place to stash their purse. Daimler’s 9G-Tronic transmission happens to be dimensionally compact, which enabled a sizable cubby to be introduced between the DBX’s front seats. As it stands, the DBX’s interior is just as gorgeously finished as you’d expect, with pretty veneers and acres of supple hides stitched together with imaginative detailing (even though the pretty little HVAC vents look like they couldn’t possibly deliver strong airflow on a toasty summer’s day). And while the nose has been called out (rightfully) as being a tad too similar to the considerably more down-market Ford Escape, the upturned tail is a saucy, visually arresting feature that all but redeems the sins of the front.

Inside the cabin, DBX’s rear legroom is expansive, a fairly transparent concession to the Asian market, where more owners are likely to be chauffeured than drive. However, there’s plenty to enjoy from behind the wheel, where six drive modes (one offering individually tailored settings) allow the DBX to take on different personalities. Default mode is GT, a somewhat tame configuration that gets sharper when switched to Sport, which drops the suspension 0.59 inches. Dial it to Sport Plus, and things get palpably more interesting: The body lowers another 0.59 inches, power gets dialed rearward (which lights up the ESP indicator on the digital dash), and the exhaust adds more bangs and pops. Terrain mode boosts the body up 0.59 inches from baseline, while Terrain Plus offers more articulation at low speeds with an additional 1.2 inches of clearance. Coupled with a 48-volt active anti-roll system, the air suspension is arguably the technical star of the show, allowing for a wide range of damping and body control. 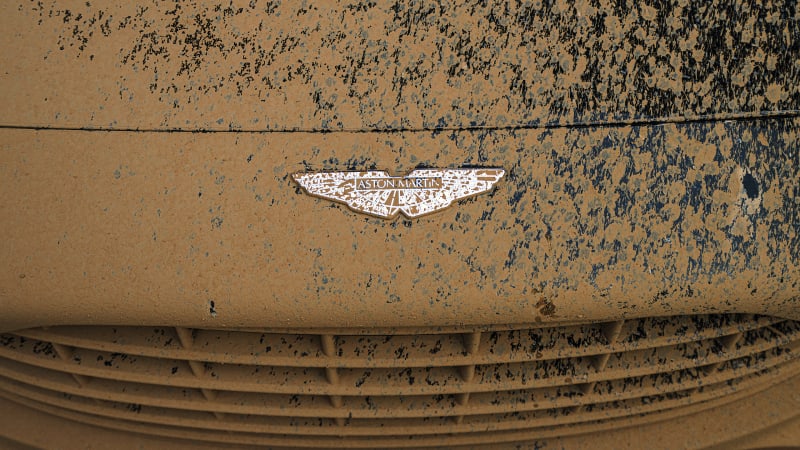 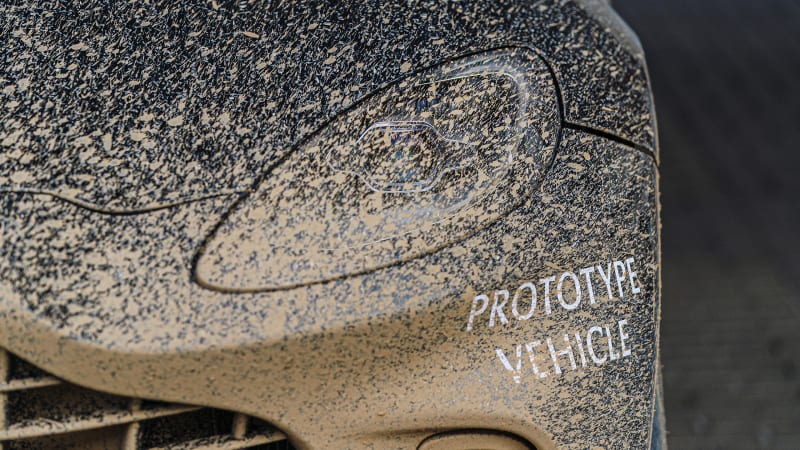 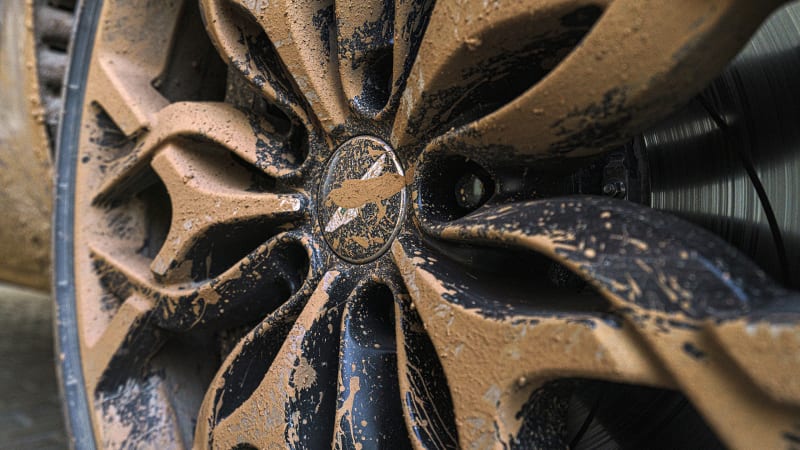 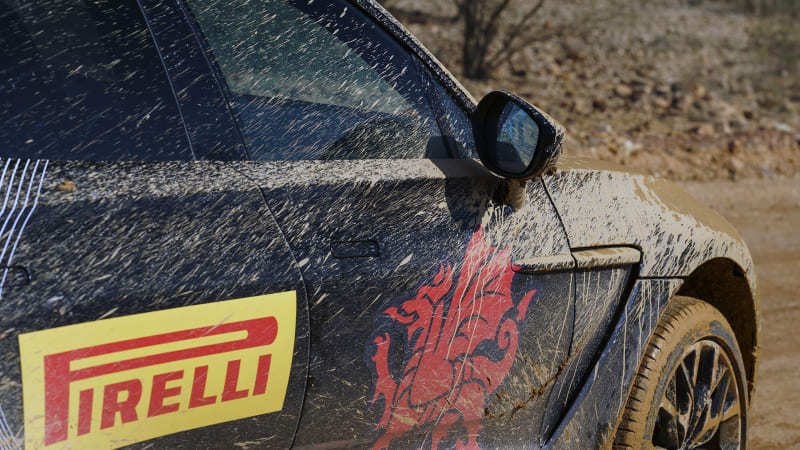 Becker’s urging that I drift the DBX reveals that the limiting factor, at least on these tight Omani roads, is space and visibility, not power. Unlike some high-end SUVs like the Lamborghini Urus and Bentley Bentayga, which use a Torsen differential to apportion torque front-to-rear, the DBX inherits an electronic center diff from the AMG E63, enabling up to 100% to be diverted rearward and 47% up front. The result, at least in Sport Plus mode, is an easily coaxed chassis that can kick the tail out with a firm tap of the right pedal. The potential issue with big, heavy cars is that body roll can make them feel even more lumbering and difficult to maneuver. On the other hand, active anti-roll suspension can create a body that’s so flat, it’s hard to gauge when weight shifts during cornering. Although Becker says the DBX I’m sampling is about “80% there,” it doesn’t feel entirely sapped of body roll, which makes it feel fairly comfortable and communicative when driven sideways through a corner.

The engine sound is also appropriately growly and present; though Becker says his team is focusing on bringing out the middle and high registers through the tailpipes, this prototype is still too early to provide an accurate impression of what the production spec car will sound like. 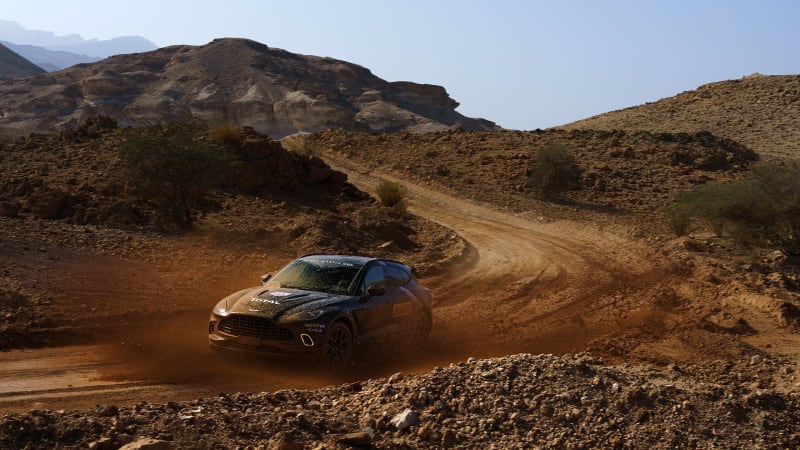 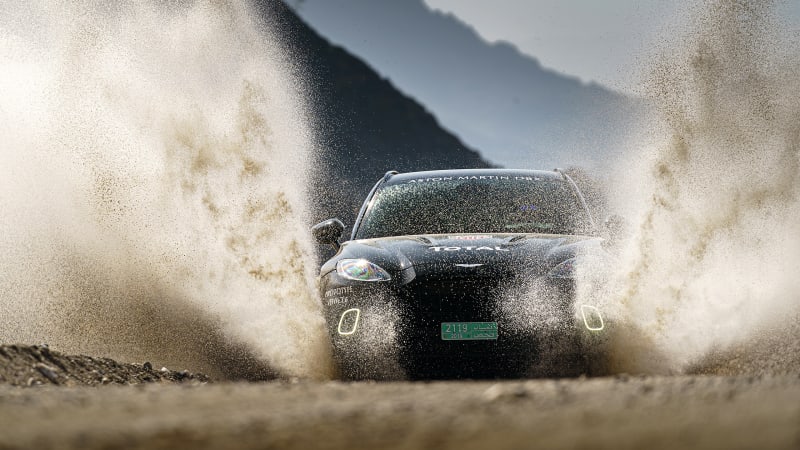 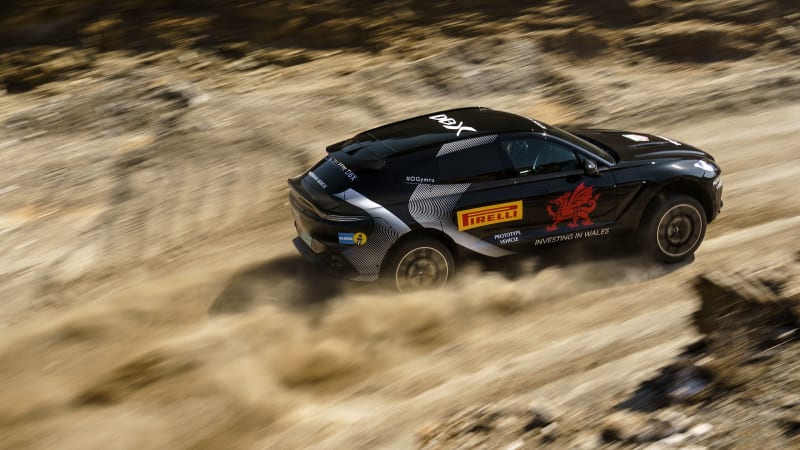 My drive across Oman’s desert plains reveals a swift, smooth-riding experience that combines the familiarity of Aston Martin’s grand touring-focused efforts with the versatility of an SUV. Yet Aston admits that few, if any, DBXs will be taken off-road. No matter. The foam-filled tires soak up quite a bit of road noise, lending it more of a DB11-on-stilts feeling than a brash, canyon-bashing G-Wagen sensation. And with an interior this precious, would you really want to tackle the sand dunes in a DBX? 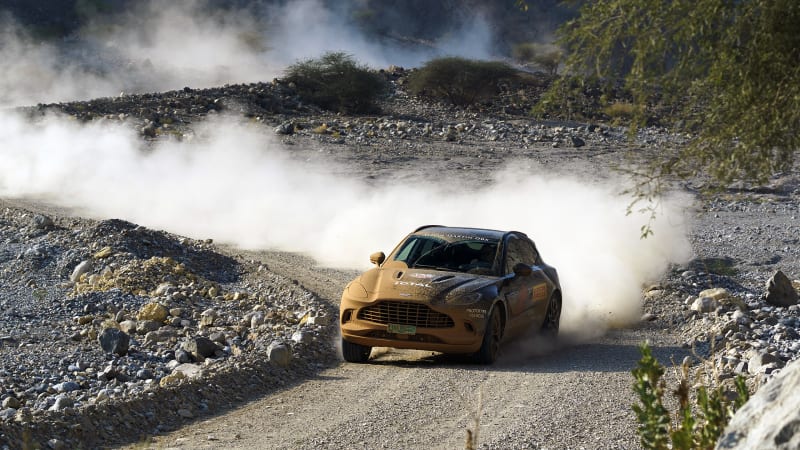 The leads me to ask Becker where he thinks Aston Martin’s first-ever sport ute fits in the microcosm of pricey crossovers. It’s a difficult question to answer, but the Aston team cross-tested the Porsche Cayenne Turbo most extensively, and Becker says he feels it’s “really good as an all-around car,” though he also admits he found it “a little bit dull.” Nonetheless, he also says he aimed to infuse “more character than a [Bentley] Bentayga,” but something “less extreme than a [Lamborghini] Urus … we wanted to use the good bits from the Cayenne, but give our car more character and soul.”

As mentioned previously, my DBX prototype drive tackled primarily off-road scenarios that are unlikely to be seen by most owners. However, Aston’s first SUV in its nearly-completed state manages to feel special and involving, despite a few warning lights and rough edges that are bound to be ironed out in the final version. More important, it feels like a real Aston Martin, despite venturing into uncharted territory for the company. There’s a lot of generously-funded competition in the segment, but by pairing Aston Martin’s unique brand attributes and hardware from Mercedes-Benz, the DBX is ready for a fight. 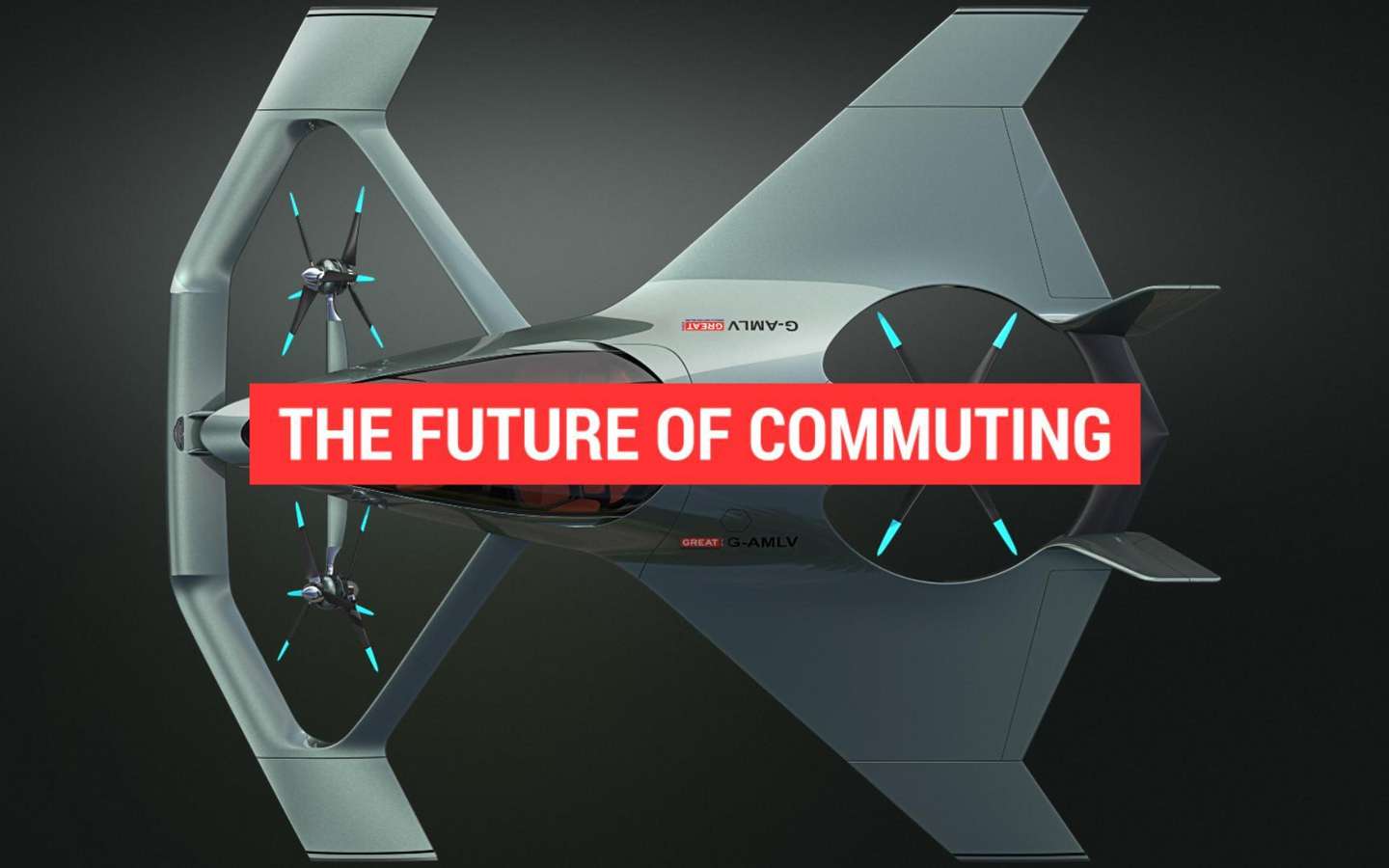